The Federal Trade Commission (FTC) has announced an investigation into the practices of pharmacy benefit managers (PBMs) after more than 24,000 comments were submitted to the agency. As a part of the investigation the FTC is sending compulsory orders to CVS Caremark; Express Scripts, Inc.; OptumRx, Inc.; Humana Inc.; Prime Therapeutics LLC; and MedImpact Healthcare Systems, Inc.

Since the announcement of the investigation the FTC has announced plans to go after illegal rebate schemes and industry bribes. They are specifically focused on how the rebate schemes and bribes impact access to cheaper drugs for patients. According to the FTC, such actions violate competition and consumer protection laws.

An investigation along with greater enforcement of illegal practices conducted in the pharmaceutical and insurance industries are exciting developments. These actions by the FTC may also help to create public awareness around industry issues caused by PBMs. 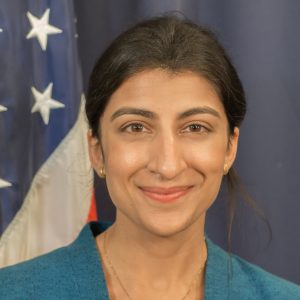 “Although many people have never heard of pharmacy benefit managers, these powerful middlemen have enormous influence over the U.S. prescription drug system,” said FTC Chair Lina M. Khan in a press release. “This study will shine a light on these companies’ practices and their impact on pharmacies, payers, doctors, and patients.”

It is no secret that drug prices are an issue for many Americans. A 2021 Gallup poll found as many as 18 million Americans can’t afford their medication. One medication, in particular, was the focus of a second FTC press release related to their actions against PBMs.

The release goes on to detail how a one-year supply of insulin has increased by as much as $6,000 as of 2017. The FTC suspects that some price increases for patients are due to illegal rebate schemes and bribes from drug companies to PBMs. It’s suspected that these illegal actions ultimately exclude less expensive generic and biosimilar as an option for patients.

IPC is excited to see this aggressive language from the FTC and we hope they will take regulatory action to reduce the negative impacts caused by the PBM monopolization of the market. We believe that without the control these organizations have over the industry, chain pharmacies and the PBMs they operate would have to directly compete with community pharmacies. This competition would lead to an industry focused on providing better service for their customers, resulting in greater health outcomes for patients.

IPC also believes the impacts of these improved outcomes would be noticed immediately. Everyone benefits when patients have greater access affordable medications and can go to a pharmacy where they know the face behind the counter.